Bernadette Herrera’s lifelong career began as a young college student when she found herself working with a very special population — people with Intellectual and Developmental Disabilities (IDD). 32 years later, Bernadette’s job title and day-to-day responsibilities may have changed, but her passion for serving peo­ple “who have so much to offer and ask for nothing in return” remains steadfast. “The people we serve through DAHS, have different abilities not disabilities,” said Bernadette. I’ve known some of these wonder­ful people for over 30 years, and I believe I’m a good person to advocate on their behalf,” she added.

In her role as Operations Administrator, Bernadette oversees a staff of 8 people who, like Bernadette, all have a true passion for working with people with IDD. “The staff I oversee have a heart of gold,” said Bernadette. I believe in the mission and core values of The Center, and the people I work with keep it interesting. I never know what tomorrow will hold, but rest assured, I will always put their needs first,” she added.

DAHS serves as an adult day­care for up to 65 people who have two functional disabilities related to a medical condition, and need physical or medical oversight or professional therapies to remain independent. Ad­ditionally, DAHS provides comprehensive caretaking services in a safe, stimulating and social environment that includes: personal care and help with activities of daily living including toileting and eating; individual supervision; medical care provided by an on-site nurse; medication supervision and administration; transpor­tation to and from home; social activities including arts and crafts, movies, games and seasonal projects; and a peer group for social interaction and friendship.

By enhancing wellbeing, dignity and choice, Bernadette and the entire DAHS team help lives become richer. “I have compassion and respect for the people I serve. I believe that everyone has a right and a voice, and you should never let anyone tell you that you are different or deserve less than anyone else,” said Bernadette.

Bernadette’s passion for people extends well beyond her career and into her family life where she enjoys spending time at home making memories with her husband, children and now grandson. It is there where she continues to make a difference in people’s lives by teaching her family the importance of standing up for what you believe in. “I feel that if you treat people how you want to be treated then you will always do the right thing,” said Bernadette. “Everybody deserves to be treated with dignity and respect. It’s important for me that my family and my extended work family alike believe that everyone has something to offer another person, no matter how big or small. As long as I have breath in me, I will stand up and advocate for the IDD population. I can and have made a difference in the lives of the people we serve.” 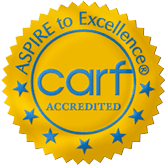 The Center for Health Care Services (CHCS) offers a sliding fee scale and accepts all patients regardless of inability to pay. View Pay Fee Schedule here.