You may be dependent on

Marijuana is a mood-altering drug that affects almost every organ in the body. It can be smoked, inhaled through vapor, brewed as a tea, applied as a balm, or ingested through food. THC is the mind-altering substance in marijuana that causes changes in mood, issues with memory and concentration, depression, and disruption to normal learning abilities. Additionally, THC increases appetite; induces relaxation; and can effects a person’s sense of smell, hearing and eyesight. It can also cause fatigue. Marijuana, like other pain relievers, can lead to dependence and addiction. Other risks of heavy marijuana use can include impaired judgement, psychosis, reduced brain function and acute memory loss – to name a few. Although not life-threatening, withdrawal symptoms include anxiety, irritability, insomnia, stomach pain and decreased appetite.

Synthetic marijuana such as K2, Spice, or Spike is not marijuana, although it contains some of the compounds found in marijuana. It is typically smoked, inhaled or consumed through food and drink. Synthetic marijuana can be toxic causing life-threatening effects including nausea, anxiety, paranoia, brain swelling, seizures, hallucinations, aggression, heart palpitations, and chest pains. Other effects include: elevated mood, altered perception, symptoms of psychosis, extreme anxiety, paranoia, hallucinations, suicidal thoughts, raised blood pressure, kidney damage, and seizures.

Synthetic marijuana is widely available, and can be bought in convenience stores, from drug dealers, or online as incense or herbal products. This might contribute to the recent rise in popularity of synthetic marijuana.

A safe, clean detox is the second step to loosen the grip of drugs and alcohol. The first step comes from you: ask for help. The CHCS Residential Detoxification Unit (detox) offers a safe place to end addiction, whatever the substance. Our detox staff helps residents complete a safe withdrawal from alcohol and drug abuse, encourages continual substance use treatment, and motivates and empowers you to develop a healthy recovery lifestyle.

If you or a loved one is experiencing a mental health crisis including suicidal or homicidal thoughts, please call the 24-Hour Crisis & Substance Use Helpline at 800-316-9241 or 210-223-SAFE (7233). Please call 9-1-1 if harm to self or others is imminent, or if possible overdose is occurring.

Restoration and Transformational Services for Adults​

The CHCS Restoration and Transformational Services helps people break the cycle of addiction and regain sobriety through safe, meaningful programs that reduce harms associated with substance use, promote total recovery for people with co-occurring mental health and substance use disorders, and provide better care coordination for the most acute people in Bexar County.

Are you ready to get help?

The CHCS team helps people find hope, determine their path to wellness, and discover their way to an independent, productive life. For more information, or how to enroll in mental health services, please call:

(210) 261-3350
For further information on our enrollment process please click here to learn more. 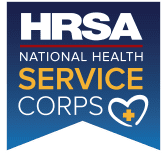 The Center for Health Care Services (CHCS) offers a sliding fee scale and accepts all patients regardless of inability to pay.